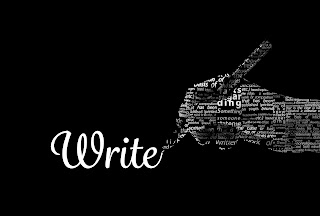 Time lines. I guess I should clarify. I'm not talking about the date your manuscript is due, but the time line in your story. I know not everyone is affected by them, but they have been one of the biggest hurdles in my writing career.

This hurdle can arise when you are dealing with characters who age throughout the story; time passages, time travel, and in historical fiction, as well as other situations.

The first time I dealt with this problem was my very first story. I've mentioned Pretentious, before. I'm publishing it now as a serial, but it's been on the back-burner for years since I've been focused on my fantasy stories. Last time I mentioned it, I had to go on a quest to learn how to infuse emotion into the story. This time, my characters meet in high school, and grow up together. Events and friends ages all needed to match. Ironically, One of the issues was my main character and his sister being the right ages to support where each of them were in the story-line. Then there were graduations and other events that threw it out of sync. I had to sit and break down the entire story to see the bigger picture, and correct the problems.

Imagine my frustration when my third novel, Reflections, had the same problem, but for different reasons. Reflections is a YA - fairytale/fantasy. My main character was cursed to live in a world behind a mirror where she watches the natural world, family and friends, move on without her. The story began in the Victorian Era, and ended in the modern day world.

I should add here that with the exception of my novel, The Carriage, I write in third because a number of my characters have their own subplots that intermingle with the main plot. All of the love and drama these characters experience has to be accurate on the timeline for the main story. I don't have issues with them tying into the main plot because that's thought out in advance.

I will also add that while my stories are planned, I allow myself to free-write when my muse is moving. Sometimes that means corrections and changes have to be made.

In Reflections, I had subplots with children being born and growing up, characters dying, people travelling, and it all needed to fit perfectly with the Victorian Era, and The California Gold Rush. I realized the timeline was off before I finished writing the story. I wrote the problem areas down as I went, and later found the only way to fix those issues was to move the story back to the Regency Era. That meant making the corrections I needed, and cultural corrections created by the changing eras. It took a lot of time, but when it comes to accuracy in my stories, I do my best to make everything line up properly, and I don't publish anything until the issues are solved.

The only ways I know to deal with these problems are by planning, and sticking to the plan. That's never going to work for me. Something always expands or changes as I go, but if I see my timeline going off the grid, I make a note of it, and address it as fast as I can. It's much easier than having to re-write the story due to numerous changes later. There is also a program online for time lines, but when I'm in the middle of a story, stopping to deal with a learning curve doesn't really work for me.

My third novel didn't have the timeline issues, but it was written in first, with minimal subplots. I wrote a short companion story for the antagonist, and made it available on my website because readers wanted to know more about him. Maybe you think it should have been added, but it wouldn't have moved the story forward, so it would have stagnated the main plot. It was fun writing something separate that was always meant to be free anyway.

For myself, he best way I've found to fix an incorrect timeline is to go over the story from beginning to end. I do a quick rewrite before handing my manuscript to critiquers anyway, so this is less of an inconvenience than it would be otherwise. It also allows me to be certain I didn't miss anything. As the cliche goes; better safe than sorry.