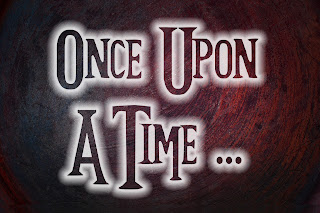 The Writer's Journey was the blog prompt for my group last week, and since this week's would have been a little redundant for me, I decided to take on my path as a writer.

Authors and Screenwriters are as unique as snowflakes. If you asked the same question to hundreds of writer's, Every story would differ. So here is my journey in the blanket of white.

I tend to be a scattered person. That's one of the reasons I plan my stories. When I get a new idea, it often comes like a download with numerous characters and lots of scattered plot and subplot information. I think my writing journey has been very much the same.

Years ago, a friend asked why I didn't write. I always had a book in my hands, and would sometimes read for days with minimal interruptions. Secretly I wanted to write, but I didn't really believe I had the talent to do it.

The seed had been planted, but it would be years before I broke down and took my first creative writing class. I remember the teacher's frustration when she told me my problem was that I didn't want to hurt my characters. If only she could see me now. *smile*

It's an inside joke that my characters fear me, and I think it must be true, but it wasn't when I started. If I had an idea, I ran with it, and every day was parties and roses. *Boring* I won't even get into my (lack of) punctuations skills. I took a screenwriting class at the same time, but for some reason, those characters were a little bit more abused, and since everyone else is the class was writing horror, The  Teacher loved me. If you're a writer, you already know I had a lot to learn.

When I first sat down with my novel, I wrote for days on end, and nearly finished the book. I had a better balance by then, but the story lacked any semblance of emotion, even in places where the lack of emotion made no sense. There is a screenwriting conference in Los Angeles every year, and I found it about that time. They have a lot of seminars with successful screenwriters and teachers, so my husband and I packed the car, and headed for LA. That conference became an annual vacation for us for quite some time.

I focused all the seminars I attended on my weaknesses. For a writer to be the best they can be, they must see their own weaknesses and be teachable. If they aren't, they will most likely, eventually hit a wall, but that's a post for a different day, because we need to learn how to separate the wheat from the chaff, but as the cliche goes, I digress. The first couple of years were spent learning proper formatting, how to throw rocks at my characters, and how to instill emotion into my stories. I met some great teachers and learned so much. That led me to the UCLA Writer's Extension.

I spent a couple years learning craft. I don't push craft. If it isn't for you, that's fine, I don't argue with anyone else's choices, I believe in craft, because I've seen the change in my own writing, and in others as well. Having said that, I don't believe in rules. Learn, so you can make an educated choice when you want to go off the beaten path. But that's another story for different day. I did mention I tend to be scattered.

After a few years in the program, I realized I needed to take time to put things together and just write. I had made a mess of my story, Veiled Memories, by doing an off the beaten path, experiment, that didn't work, and I needed to clean up the mess. I've done that and the story is now published.

My journey didn't end there. I always meant to go back to the Writer's Extension, but classes are expensive and the time involved left me unable to fully pursue my stories. I'm not a fast typist, and while I get a lot of ideas, they don't always come at the most convenient time. At that point I had more novels started, but I no longer had a writer's group to critique my work. So I did some research online and found Scribophile. I met great people there, and some of them are successful authors, and good friends today. But Scribophile can be time-consuming too, so I don;t spend as much time there these days, although I do still have my account and check in on occasion.

I grew frustrated at one point, and took more than a year long break, but studied characterization in everything during that time. Anime, movies, various character sheets, books, people ... anything that had breath caught my attention, and that brings me to where I am today.

Here is the fruit from my personal journey:

-I throw rocks at my characters, but I often fix them up too. That's part of the beauty of being the writer. I get to choose who comes out ahead.

-I have great friends to turn to when I don't understand something, or when I need help plotting something out, or even covering a hole. Sometimes it's just nice to have someone to talk to.

-My bad guys are bad, but they learn, and my good guys are good, and they have things to learn too.

-My stories have a strong emotional quality.

-I've been a judge for the first two rounds of a screenwriting contest for years, and I love it, because it helps people.

I still have a lot to learn, This journey isn't over yet. 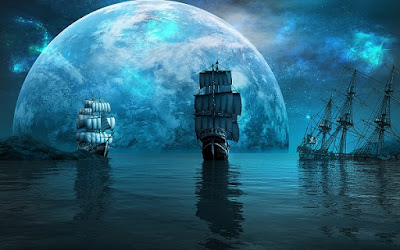