Fiona Stevens from Stains on the Soul 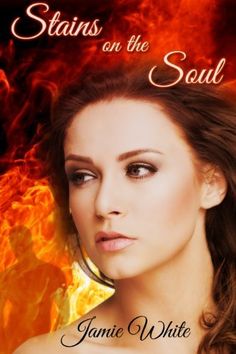 I don’t even know where to start! Let’s just say, I have some pretty freaky dreams… and most of them are real.

I’m the protagonist, or should I say ‘protagonists’? I’ve been around a few times, and these lives haven’t all been fun. Actually, most of them kind of suck.

It’s a little of both.

No, I haven’t really been paying attention. Lack of sleep is making me into a zombie.

It’s getting a little complicated at the moment.

Yes, but I’m planning on breaking up. I’m not good with the whole relationship thing. Plus, there’s this guy who just showed up in town. He kind of creeps me out, but there’s something about him.

If you’re talking my relationship status, he’s not going to take it well. If you’re talking about the dreams and stuff, he has no idea and that’s the way I want it. It’s too hard to explain.

Ted. Like I said, he’s really hot and he seems to like me, but he really weirds me out. For some reason, I think about those dreams and all the horrible things I see in them every time I get near him.

Probably Sloane, because he’s blissfully unaware of the fact he’s about to be dumped.

She’s cool enough. She really puts me through it, though.

Yeah, I think so. It’s not easy to be in my head sometimes, so I give her points for sticking it out with me.

I’m not sure, but I know she sleeps more than I do. Well, except for those nights I wouldn’t shut up about my story—she was not very happy with me about that. 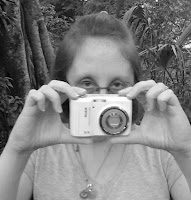 She spent more than a decade as a Journalism student, geeking out over Pagemaker, layout design, and other stuff.

In college, White took it a step further and became the only student to be on all three of her college's publications, serving as Editor-In-Chief for two of them. Later, she went on to freelance writing and blogging.

White began her journey into fiction writing in 2010, after joining a writing group. Since that first meeting, she has completed a bunch of short stories, five manuscripts, and has a few now in progress. She released The Life and Times of No One In Particular in 2012, and followed it up with a story in the Lyrical Muse Anthology in 2013 and two novellas through Pagan Writers Press the same year.

When Jamie is not writing or blogging, she takes pictures, meditates, practices Reiki and chanting, watches favorite shows/movies, takes walks, and serves as a volunteer for the Florida Writers Association by running their social media and a writing group (Gulfstream Writers).

Purchase your copy of Stains on the Soul here:
http://www.amazon.com/Stains-Soul