Character Madness Monday
An Interview with

From Nightfall by
Maximillian dErembourg 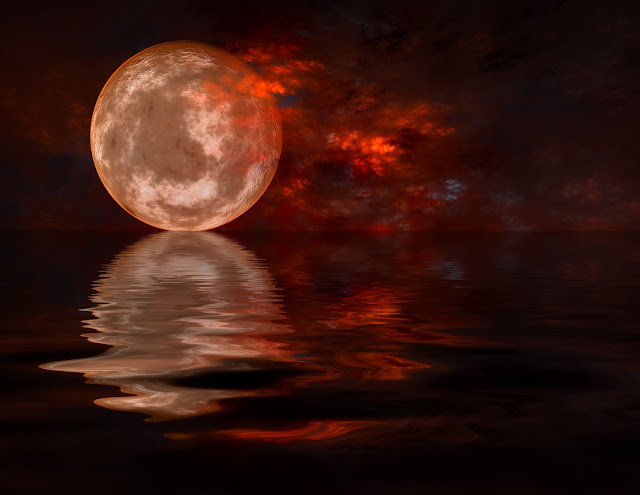 Introduce yourself, tell us a little something about yourself.

Ya, fine, I get it: I'm going crazy. Guess this is what happens when I stop sleeping.
Or, it's like my wife always warned me about...Scorpian telepaths like her form bonds with their mates so close that they tend to go crazy when he dies. 'Cept, she was the one who died...and me the one who's going crazy...?
But, I figure my best bet will be to play along until all of your 'questions' are answered, when –I hope– you'll disappear back down whatever madness-tunnel you came from, back into the Void.
So, my name is Ciro Andronicus, though for seven years I went by a different name, as I hid amongst the population of Alaria...

Uhm, yeah, I..was? Maybe stop interrupting, bear-man-thing, so we can get this over with, eh?
My dad was kinda the most dangerous person in the Nebula...the Draco of the Black Dragon Triad. I could have kept up his legacy, inherited from him, if I had proven my worth. But I always had trouble with The Family. The violent parts. The piracy, the assassinations. Don't get me wrong, I was good at it...it just didn't always...sit...right with me.
After I met –and bought– Aolise, the woman who would become my wife, everything started changin'.

I hope to be the biggest villain...ever.

There is scary. There is a bot of romance... no, that was not a typo. There's a sex-bot. But mainly just a hint of romance, thus far. I intend to use more, later.

Well, we all know that Phoenix Corp got the gig to govern after the Terran invasion –what they all call Nightfall now– but the new scoop is that it was Phoenix what helped my dad and his companions flee the planet after the Double March. Can you imagine it?

Shiva, I guess. But, then again, I suppose that's kinda exactly what I am, now, commanding this space monster.

Where would you live?
Funny you should ask that.
I thought leaving the Family and making a new life for my wife and me on Alaria would solve all of our problems...forever.
It did, for a while. But there's no such thing as forever. And I intend to teach that bitter lesson to...everybody.
But you know that already, since you're a vision from my own head.

On the most terrifyingly destructive thing In the Milky Way galaxy. A space-monster that hunts other space monsters.  The last of the Titans. The Cantus Nocti. That's right, the F-ing Night Song. She's all mine now, and all the Terrans –and all the Alarians– will pay now.
Like the man said, “You die, she dies, he dies, we die...everybody dies!” Forget who that man was, though.

Well, I did manipulate Kyrie's mind for a while –forcing her to think that she loved me. But that was strictly so I could use her combat capabilities to kill for me. So, no.
After Aloise...there can never again be real love for me.
Soon there will be no more love for anyone. 'Cause I'll kill them all.

Aloise? Oh, I know exactly what she thinks about the change. I know no-one believes me, but –even though she's dead– she's still here with me...in my mind. We talk, all the time. She's the one... She's the one... The one I kill for...now. She...drives me like I drive this monster Titan.
Though, if I...think about It, she never much liked me killing...when she was alive..so...

Yeah, I', definitely going crazy, now. Just hope I can complete this last mission before I loose it entirely.

That is actually a tough one. I can tell you the nominees...you can vote for your own selves.
My former boss, Malicious. Former Chief Torturer of a Celtic-Asian Triad, a vicious man who earned his name. In his teen years (35 years ago) he was in a starship attempting to run the blockade around Alaria, it was struck by anti-aircraft fire. Though it escaped, the ship suffered major damage, and he was horrifyingly deformed, so that now half his face and head are scar tissue, his long hair ice-white. Malicious fights with a traditional Japanese katana, despite 3k years of technical innovation.
Kang Andronicus; Malicious' chosen lieutenant, and my half-brother. A truly scary heartless, cold man, a terrorist, saboteur, bomber, pirate raider.  Kang is completely fearless, actually looking forward to the day of his death, when he may have his personal shot at running Hell. Kang dealt with his extraordinarily rough upbringing in a pirate clan by becoming a complete masochist.
Gordon Xycor, president of Phoenix Corp, a biotech corporation. It's said about him that Xycor had his heart replaced with a robotic one, and the part of his brain that senses fear removed completely.
Creating an army of similarly heartless, fearless clones, this man betrayed his planet's security just so he could grab more power for himself in the aftermath of Alaria's invasion. He created his own 'niece' with DNA salvaged from his sister-in-law's corpse, and programmed her to be a super-soldier, his weapon.
...And then there's me...

Mainly the dead. Sounds like a joke, but my wife, who died in the conflagration that was Nightfall.
She seems pretty happy...when I kill for her vengeance.

Are you being esoteric? Assuming that we, too, must have authors, that created Us as characters? In that case, he's a fucking asshole!

Not nearly as much as he should...just like me.