Guest Post by Justin Newland, Author of The Genes of Isis. ***Giveaway***

The Genes of Isis
by Justin NewlandGenre: Epic Fantasy 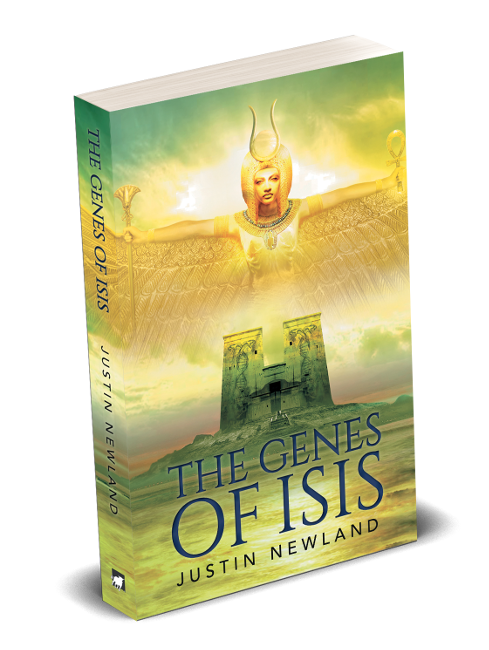 Akasha is a precocious young girl with dreams of motherhood. She lives in a fantastical world where most of the oceans circulate in the aquamarine sky waters.

Before she was born, the Helios, a tribe of angels from the sun, came to Earth to deliver the Surge, the next step in the evolution of an embryonic human race. Instead they spawned a race of hybrids and infected humanity with a hybrid seed.

Horque manifests on Earth with another tribe of angels, the Solarii, to rescue the genetic mix-up and release the Surge.

Akasha embarks on a journey from maiden to mother and from apprentice to priestess then has a premonition that a great flood is imminent. All three races – humans, hybrids and Solarii – face extinction.

With their world in crisis, Akasha and Horque meet, and a sublime love flashes between them. Is this a cause of hope for humanity and the Solarii? Or will the hybrids destroy them both? Will anyone survive the killing waters of the coming apocalypse?

How did you build a narrative and characters around the ingredients gathered from your knowledge of Ancient Egypt?

With two sources, one Biblical and one Ancient Egyptian, I needed two protagonists, one human, the other angelic or sun-folk, whom I called the Solarii. I envisaged the embryonic human race as blue-blooded, gentle folk whereas the Solarii were drawn as red-blooded and severe. A comparison of opposites yielded a girl and boy, young and old, Akasha and Horque. Thus the main characters took shape.

When I started work on the novel, I began with the idea and a storyline. The characters emerged from the plot. Sometimes my imagination revealed things about them, like what they carried in their pockets, their physical characteristics, their character. I found them crouching behind the plot lines, emerging out of the shadows of the narrative and in the great halls of the unconscious (in dreams).

His first novel, The Genes of Isis (Matador, 2018), is an epic fantasy set under Ancient Egyptian skies.

His second novel, The Old Dragon's Head (Matador), is a historical fantasy set in Old China and is due out in November 2018.

His work in progress is a historical novel set in Prussia during the Enlightenment in the 1760’s.

His stories add a touch of the supernatural to history and deal with the existential themes of war, religion, evolution and the human’s place in the universe.

He lives with his partner in plain sight of the Mendip Hills in Somerset, England.