Showing posts from August, 2017
Show all

Book Blitz: Emerge: The Captive by Author Melissa A Craven

Sasha and Quinn have always shared a special bond, but with their lives moving in opposite directions can they ever go back to the way they were?

Or is there something much more complicated about the future of their relationship?

Immortality. Prophecy. Power. Join Quinn and Sasha in this coming of age, paranormal and urban fantasy with themes of adoption, diversity, supernatural, and historical fiction.


Preorder Emerge: The Captive at the special publisher price of $0.99!The Captive releases on August 28th and will return to regular price on 9/4. For a limited time, Emerge: The Awakening and Emerge: The Edge are also on sale for only $0.99! Check out the Illustrated Character Journal,  Emerge: The Scholar, for free here: https://www.melissaacraven.com/free-offers

Kai, the newly-crowned queen of Miina, finds her reign threatened by a plague of natural disasters that leave death and destruction in their wake. Are the gods truly angry at the peace between the moon and sunburners, or is something more sinister to blame? Kai’s throne and her very life may be forfeit unless she can appease the gods’ anger and her peoples’ superstitions.

Determined to find a solution, Kai and the Sunburner Prince Hiro embark on an extraordinary and dangerous journey to discover the true cause of the plagues. What they find is an ancient enemy determined to plunge their world into eternal darkness—and one desperate chance to save it.

About the Author Claire Luana grew up reading everything she could get her hands on and writing every chance she could. Eventually, adulthood won out, and she turned her writing talents to more scholarly purs…
Post a Comment
Read more

To Dodge a Duke by Naomi Boom - Excerpt 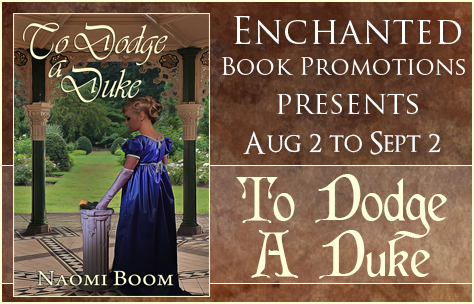 When a duke gets a chance to pursue a lady as someone else, he would be a fool not to take it.

Logan Eastworth, the Tenth Duke of Waking, returns to England to find a woman to marry. When Miss Eleanor Ashford assumes he holds the title of baronet, he does not correct her error. Instead, he plays on her misconception and arranges a house party where he can make her fall for him and not his title.

Miss Ashford desires a marriage of convenience to an earl or higher. Not to some low-life baronet with an estate in the far reaches of England. She has no time for love, even if the green-eyed baronet with a charming smile tries to convince her otherwise.

Miss Ashford has a choice to make. To wed a duke or the baronet setting her heart aflame. Her choice might not be as simple as she believes.

Excerpt Logan smirked and stood to tower over her. “I think you welcomed my advances very much. I would prove it if you ask.”
Elea…
Post a Comment
Read more

Growing up in Peculiar County, Kansas, is a mighty...well, peculiar experience. In 1965, things get even stranger for Dibby Caldwell, the mortician's fifteen year old daughter. A young boy's ghost haunts Dibby into unearthing the circumstances of his death.

Nobody—living or dead—wants her to succeed. James, the new mop-topped, bad boy at school doesn’t help. Dibby can’t get him out of her head, even though she doesn’t trust him. No, sir, there's nothing much more peculiar than life in Peculiar County…except maybe death in Peculiar County.


Excerpt I pushed through the doors. They swat at my backside, squeaking with mischief. Eee-hee, eee-hee…
Down in the workshop, the cold really packed a wallop. I rubbed my arms, stamped my feet. I rode my hand along the wall, searching for the light switch.
Tik…tek…tik…
Fluoresc…
Post a Comment
Read more

Plagued by dreams of a dark shadow, Sutton Stone is convinced she’s losing her mind.

Lucy Marks turns to her Wiccan aunt when a woman with mismatched eyes visits her with answers to questions she never thought to ask.

Being kidnapped on her birthday was a terrifying surprise, but when three girls show up and call her a witch, Grace Trudeau quickly realizes they mean it literally.

After years of helping run a museum in the City of Witches, Harper Landry discovers that magic is far closer than she ever imagined.

On the run from a trio of brothers who want to resurrect an evil past, the coven will discover their bloodline is old, powerful—and deadly. From high school to hell, follow them as they realize that nothing is harder than being a teenage witch.

Add to Goodreads Amazon
Review ⭐⭐⭐⭐ 4 1/2 Stars
Have you every wondered what it would be like to wake up and find you have magical powers? What if the people in your ni…
Post a Comment
Read more

The end of an Empire, The rise of a Queen

Emory Fae enjoys leading a quiet, normal life. That is until two mysterious, and handsome soldiers show up at her apartment, and the life she knew is instantly whisked away. Memphis Carter and Brokk Foster come from the magical and war ridden world of Kiero, and upon Emory's arrival she will discover she is the long lost heir to the Royal Line and is thrown into the Black Dawn Rebellion with a dynamic role to ignite the rebels and reclaim her throne.

With both men being darkly woven in her past Emory uncovers hidden secrets, a power held long dormant, and will soon realize there are worse things than supernatural humans, love, loss, betrayal, and a Mad King.

Some things are better left in the shadows.

Add to Goodreads Review ⭐⭐⭐⭐
It's with a bit of sadness that I'm giving this book four stars, because this Aut…
Post a Comment
Read more 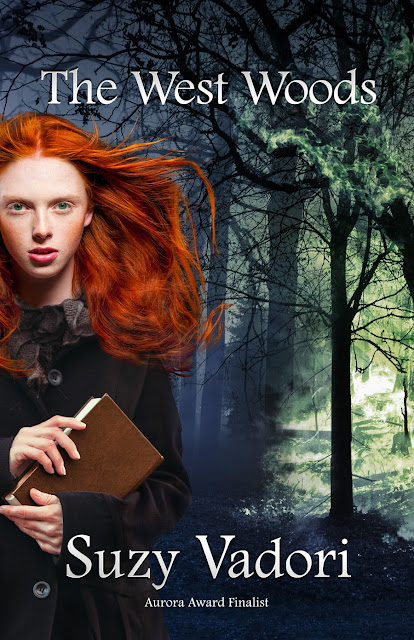 Magic, sacrifice and the quest for freedom.
Courtney Wallis wants nothing more than to escape St. Augustus boarding school. After uncovering a well-kept secret about the school’s founder, Isaac Young, Courtney turns to the school’s magic to convince her dad to let her leave. Things take a turn when she meets Cole, who lives in the nearby town of Evergreen. He gives her hope that things might not be so bad. However, the school's fountain has other ideas, and binds Courtney to her ambition, no matter the cost.
As Courtney struggles to keep the magic from taking over, she and her friends get drawn into the mystery woven into the school’s fabric. Everything seems to lead back to the forbidden West Woods. Together, she and her friends seek out the spirits of the past to ask for help, and find themselves in much deeper than they’d bargained for.  If they succeed, Courtney could be free of the…
Post a Comment
Read more 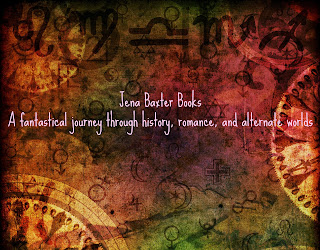 Cover Reveal - The weather War by Stephanie A Cain

The Weather War Cover Reveal
By Author Stephanie A. Cain


The Weather War  by Stephanie A. Cain  Publication date: September 19th 2017  Genres: Fantasy, Young Adult
Princess Azmei died for her country three years ago–or so everyone but a trusted few believed. Having survived assassination attempts, the desert, dragons, and a treacherous plot designed to destroy her entire family, Azmei has finally managed to save her kingdom.
Now she has to save the world.
Azmei travels to Amethir, whose prince she promised three years ago to marry. With her is Hawk, the man who loves her, and Yar, the Voice of Dragons. They carry a terrifying message for the king of Amethir: the gods are waking and the world is about to shake.
Prince Vistaren of Amethir has also received a frightening warning, this one from a powerful stormwitch–weather magic is failing. Patterns of storms are beginning to build outside their prescribed season. While the Stormwitch Academy officially denies any problems, there are hin…
Post a Comment
Read more

When Cultures Clash: Why I love Writing Historical Fiction The last old post I found was fun, so I decided to post another. I actually don't remember writing this one, but it's still good fun. I found it while looking for a more comical article I wrote.
The Victorian, and Regency Era's are a writer's dream. I mean, really, what's not to love?