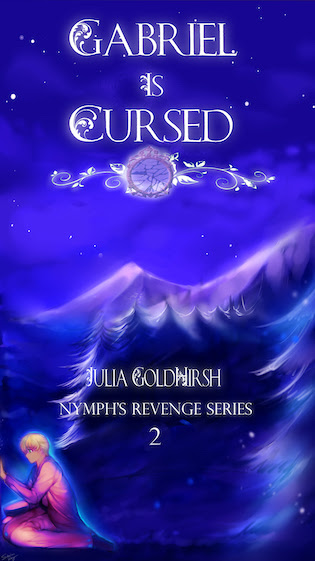 Rose and Gabriel have to stop the nymphs from destroying the city forever.

Even though Nightshade’s gone, his plan is still unfolding. The nymphs want to destroy one of the biggest cities in Pennsylvania, a place full of factories.

Rose needs to learn how to use her nymph powers if she wants to have a fighting chance. When she learns she’s no average human, Rose starts to question her loyalty to humanity.

Gabriel’s connection with reality is fading. He hides his condition to help Rose, but at what cost?

Can they stop the nymphs, or will this battle be their last?

Trigger warnings: Domestic abuse. Rose’s father is abusive and makes an appearance in the beginning and at the end of the book.

She’s not your wife?

As they continued into the hotel, Rose trailed close behind. He peered back at her as she dragged her bags along. She deserves a good night’s sleep by herself.

While he’d relish the company, they’d both needed sleep, and he didn’t want to risk her seeing him hallucinate in case that happened again.

He ran a finger through his hair, mentally calculating how much of his savings he had left. The extra room would cost him, but she deserved some goodwill after everything she’d been through. With a sigh, he pushed open the heavy, wooden doors that led into the hotel lobby.

Sparkling chandeliers hung from the ceiling, the dim light of the candles, and a few stray bulbs illuminated the spacious room. A large spiral staircase descended into the center of the room, and vivid emerald green walls complemented the dark wooden floors. Scatterings of tables and chairs sat near the staircase.

A woman with mussed, brown hair awaited them at a dark wooden desk in the room’s corner. With a perky smile plastered on her face, she chirped out, “Welcome,” as they entered the building.

Gabriel walked over to the desk with Rose in tow and said, “I’d like to book two rooms for tonight.”

The woman gave him a blank look. “You won’t be rooming with your wife?”

Rose coughed beside him, and she clutched his arm in a vice grip as she got nose to nose with the woman. “His what? Surely you must be joking?”

She’s definitely awake after that comment, he thought. Gabriel chuckled at Rose’s shock. As his hand came to his mouth to cover his laughter, he saw the glint of his old, silver wedding band on his finger and slipped it in his pants pocket.

He must have put it on at some point absentmindedly. With a wave of his hand he said, “This lovely woman isn’t my wife, but she’s an excellent travel companion.” He winked at Rose and relished the blush that colored her face.

The woman’s brows knit together. “But you were just wearing a-”

He cut her off, holding up the hand without the ring. “I think you were mistaken, although she is rather stunning.”

The woman blinked at his now bare ring finger. “Sorry. I must have been mistaken.” She handed separate keys to Rose and Gabriel in a daze.

Rose’s eyes widened. “Are you sure?” Gabriel waved her off with a smile.

“We leave early in the morning and you’re…unpleasant when you haven’t slept enough. You can thank me by getting a good night’s rest.”

She shoved his shoulder. “See. She’s quite capable of stunning when angry.”

Rose huffed and headed up the stairs just ahead of him. He thought that was the end of their conversation for the night, but once they were out of the innkeeper’s prying gaze, she pulled him close. She planted a brief kiss on his lips and whispered “Thank you,” before they went to their rooms.

The unexpected peck made his face flush. 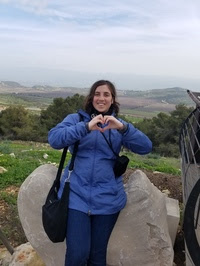 Julia Goldhirsh was born and raised in Coconut Creek, Florida. She spent one year working in Japan as an ESL teacher and loves traveling and teaching. She has been writing ever since she was in elementary school, and her favorite stories to read and write were always fantasy and mythology books.

She started out writing on writers cafe and all poetry. RPG writing became her favorite past time in high school. She has won a short fiction award in high school from the Broward County Lit fair for her short story "Night Sprite."

She loves to talk about lesser known mythological creatures. Her most recent obsession is with Nymphs, Enchantresses, and the Encantado. Known as wanderingteacher on her travel blog and adventuringwriter on her author blog, she also writes about traveling, adjusting to different cultures, and the process of self-publishing.