The Recollection of Trees

Iona Dickinson doesn't know she's a witch...until she unknowingly makes a deadly wish that reopens a 300-year-old curse on her family. Torn between conflicting beliefs of family and friends, Iona must risk losing all of them as she gains self-acceptance in The Recollection of Trees.

Sadie Francis Skyheart (1972- ) was born and raised in Michigan. She currently lives in the Chicago suburbs with her husband, two sons, two cats, and a coonhound. She is a dedicated Detroit Lions fan. She likes to write in lucky Halloween socks, often while listening to Thirty Seconds to Mars or Chloe Moriondo.

THE RECOLLECTION OF TREES debuted as the #1 New Release in Children's Scary Stories and Top 10 Bestselling Teen & YA Ghost Stories. She is currently completing the script for book's feature film adaptation, THE ACCIDENTAL WITCH. She is an associate producer of IN THE DEATHROOM (2020), an award-winning crime drama based on a short story by Stephen King. 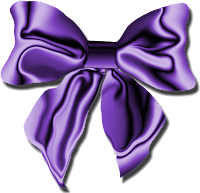