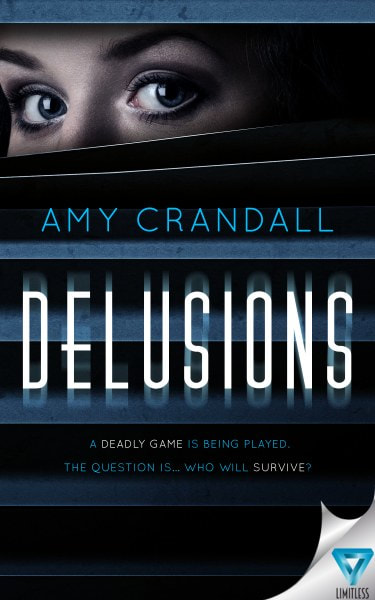 As she waits to give her statement in one of the interrogation rooms of Arcata Police Department, Abigale recites the same line over and over inside her head.

I did not kill anyone.

I did not kill anyone.

But there’s a trail of bodies, and it leads straight to her. The events that brought her to this very moment all point to one thing…her guilt.

She must convince Detective Collins of her innocence, but how can she explain her ties to the victims, and the evidence that has her name written all over it?

Who is DarkHeart434? And why does it seem like this person has all the answers, including the identity of the real murderer?

As pieces of the puzzle start to come together, everything about Abigale’s life begins to unravel—her past, her present…and even her self-proclaimed innocence. 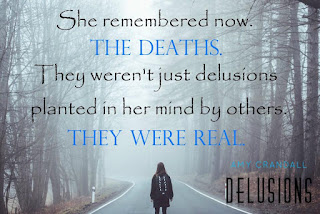 
He chuckled, leaning back in the chair. “No. I’m just trying to get to the bottom of this.” His gaze turned serious. “I don’t think you killed her, but I do think you know more than you’re telling us, which is unfortunate. Her killer is still out there, and you’re sitting here defending him. It appalls me that you would defend the person who stalked, kidnapped, and attempted to murder you.”

Abigale inhaled sharply. Flashes from that night bombarded her thoughts, but she pushed them away with a hard blink. “I’m—I’m not defending him.”

“Yes, you are. By not giving us a name, you’re withholding information—which is a criminal offense by the way—and you’re protecting him by doing so.”

“I’m not meaning to do anything, Detective,” she muttered. “I have no desire to protect him.”

Detective Collins leaned back in his chair. “Then why aren’t you telling me what I want to know? Wouldn’t it be so much easier for you if you just told me?”

“Yes, it would be easier,” replied Abigale. “But I’m not going to tell you. I’m done talking. I want my lawyer.”

Collins shook his head. “You aren’t a suspect, Ms. Fern. Therefore, you don’t require a lawyer.”

Abigale laughed coldly. “Really? That FBI agent seemed to think I was a suspect. He was about to arrest me an hour ago. I’m not that stupid, Detective.”

He was silent for a moment. Abigale stared into his eyes, her arms crossed over her chest. “I didn’t kill Julia Holland,” she told him firmly, her voice steely calm. “I didn’t kill anyone.”

Detective Collins said, “You seem very certain about that.” 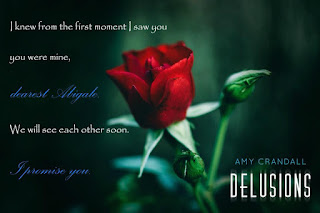 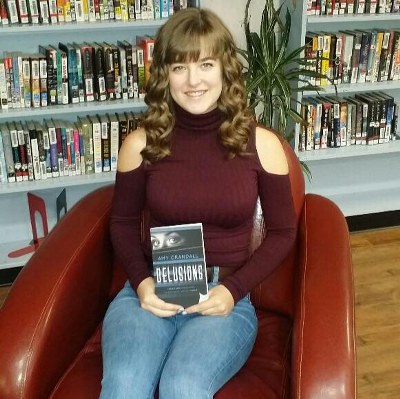 Amy Crandall is an avid reader and novelist born and raised in British Columbia, Canada. She began writing in elementary school, publishing her first story on Wattpad.com at the age of thirteen. With the support of her loved ones and newfound friends on the site, Amy continued to share her thoughts and interests in the form of storytelling.

Before her Wattpad.com days, she was published in A Celebration of Poets - Summer 2012 (Creative Communication, 2012) for her poem My Garden. That experience only drove her desire to further pursue writing. Her first full-length novel, "Delusions", was a featured story on Wattpad.com, reaching #7 in the mystery/thriller genre, and surpassing 115,000 reads, before its publishing.

When she isn't envisioning a new story plot, Amy can be found camping with loved ones, getting lost in a great read, jamming to her favourite tunes, or giving in to her craving of Timmies' iced lemonades.