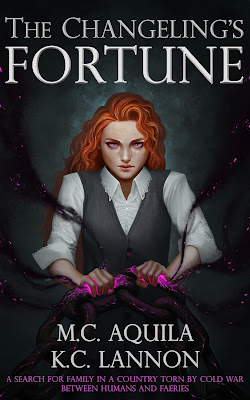 When optimistic seventeen-year-old orphan Deirdre travels to Neo-London, a city created after a near-apocalyptic attack by Unseelie faeries, she is caught in the tension between faeries and the Iron Guard, a militarized faction created to keep the peace. After a banshee tells her fortune, Deirdre develops destructive magical abilities but quickly discovers she cannot control them. These powers soon make her a target of Alan Callaghan, an extreme anti-faery general.

His sons, Iain and James, cross paths with Deirdre. Iain is a rookie soldier in the Iron Guard trying to atone for past mistakes and keep his younger brother from harm. James, a fourteen-year-old aspiring scholar fascinated by faeries, becomes fast friends with Deirdre. They soon plot to escape the barriers and lies of the city to find answers about her magic and James’s disappeared mother.

However, when Deirdre is framed for a treasonous crime, their search for answers soon becomes a quest for freedom. Beyond the iron walls of Neo-London that protect the city from the Winter Court lies a landscape of unchecked magic, faeries, and monsters.


Kallista Callaghan had heard the rumors: there was a faery in the Neo-London Hospital. In all her years of working as a nurse, she had never had a faery patient before. She was determined to see if there was any stock in the whispers that circulated the building. If what she heard was true, then Kallista had to act quickly.

Where are you, Marko? You’re late…

She tapped her foot impatiently and gazed out the wall of windows at the cityscape while she waited. A spring shower dotted the windows with rain, distorting the view of the city that had once been known as Portsmouth forty years ago, built up into a grand city that mirrored its namesake in small ways. The lights of Neo-London winked in the darkness, and the city was quiet. The maternity ward was also absent the usual cries of pain, cries of joy, cries of relief. Tonight only one infant was delivered. Tonight there was only stunned silence.

Hearing footsteps, Kallista looked up to see Marko, a fellow nurse, walk down the hallway to meet her, still in his hospital scrubs despite his shift having ended.

“I was about to go in without you,” Kallista informed him.

He placed his hand on her shoulder, squeezing reassuringly. “Maybe you shouldn’t go in at all. Maybe you should go home to your husband and son, Kalli. Don’t get mixed up in this.”

“So what they’re saying is true.” Kallista rubbed her hands furiously on the front of her scrubs as sweat bloomed on her palms.

Marko nodded. “Supposedly, the mother threw half the staff against the wall when she went into labor—without even touching them. It was magic.”

“What business does a faery have at a maternity ward? They have their own healers, their own ways of doing things.”

“The father is human,” Marko answered. “You might’ve heard of both parents, actually. Aino and Oliver Windsor. They were just on the radio the other night, pushing for faery protection laws.”

Kallista’s eyes widened, and she nodded in understanding. This was not the first time she had heard of such a thing, a faery and a human marrying, but it was rare. She knew of the Windsor couple and of their outspoken criticism of the military system, only because her husband had been fighting against their proposals for years. Oliver’s relation to the king, his cousin, protected the couple’s objections.

“Do you really want to get involved?” Marko asked. “Chances are, we’ll have to smuggle the infant out of the city to get medical attention.”

For several years, Marko had also been practicing medicine outside the hospital, offering his services to those who could not afford it. While he rarely brought up faeries around her, Kallista knew that his help often extended to them—even though human medicine could not help much in some cases. Still, Kallista wanted to be a part of that.

Marko smiled at her faintly. “You have a family. People who need you. People who would hate to see you in prison.”

She took his hand. “You have family too.”

“Not one that depends on me.” Marko gently pried her hand away; she pretended not to notice.

A few of Marko’s relatives still lived in Neo-London after the government policies forced most of the Roma and Travellers away. His mother and father and a few cousins remained.

He looked her in the eye. “Kallista, are you sure?”

“I will see the baby. Then I will decide if I will help or not.” But she already knew her answer.

M. C. Aquila graduated from Winthrop University with a degree in English. She grew up in Pittsburgh, PA but currently resides in South Carolina. When she is not co-writing the Winter's Blight series, she tutors both native and ESL students in English, giving her a renewed love for the strange wonderfulness of the language. She also enjoys drawing daily, baking recklessly, hiking in the Blue Ridge Mountains, searching for the best red wine in existence, and reading any story with a villain she loves to hate. 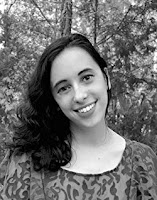 K.C. Lannon graduated from the University of South Carolina with a Bachelor of Arts in English. When she is not co-writing the Winter's Blight book series, she tutors English, walks dogs, and dabbles in painting, drawing, or just making a general mess on paper. She enjoys cooking vegetarian meals, daydreaming she is a Gothic Heroine, and playing tabletop RPGs.