Guest Post! Kiss of the Royal - Read about Author Lindsey Duga's passion for Mythology and how she incorporates it into her story. **Giveaway** 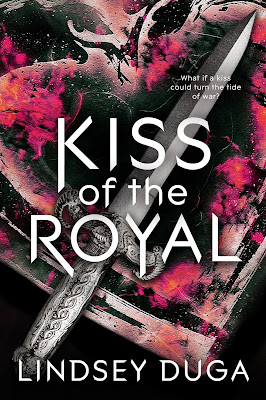 In the war against the Forces of Darkness, the Royals are losing. Princess Ivy is determined to end this centuries-long conflict once and for all, so her new battle partner must succeed where the others failed. Prince Zach’s unparalleled skill with a sword, enhanced by Ivy’s magic Kiss, should make them an unstoppable pair—but try convincing Zach of that.

Prince Zach has spent his life preparing for battle, but he would rather be branded a heretic than use his lips as nothing more than a way to transfer magic. A kiss is a symbol of love, and love is the most powerful weapon they have—but try convincing Ivy of that.

With the fate of their world on the line, the battlefield has become a testing ground, and only one of them can be right. Falling for each other wasn’t part of the plan—but try convincing their hearts of that.

Get your copy HERE

Guest Post by Lindsey Duga
Read about her passion for mythology and how she brought it into her story.


Mythology has always been fascinating to me. It all started after I saw and fell in love with my favorite movie, Clash of the Titans (the 1981 version). My older brother also introduced me to other Greek myth / claymation movies like Jason and the Argonauts (1963), and The Golden Voyage of Sinbad (1973). Compared to nowadays of course, the animation and cinematography is pretty laughable, but the stories themselves are timeless. Heroes. Quests. Gods. Monsters. Destined Love. I was hooked!

In learning these movies were based off myths, I went on a search to find as much about these myths as possible. This was back in the late 90’s so no Internet or Percy Jackson books to teach me, instead, I turned to the Scholastic Book Fair and found a Greek myth book for kids, and a book on the myths behind constellations. With those books, the obsession only grew. In high school, I dived into Egyptian mythology, Mayan mythology, and Norse mythology, but the Classics continued to be my one true love. I even went to Greece for a study abroad trip in college and visited places like the Parthenon, the ruins of the Oracle of Delphi, the rumored Minoan labyrinth on the island of Crete, etc. One of my favorite classes in college was my comparative mythology class where we learned myths from all kinds of cultures and wrote papers comparing myths from all over the world that had similar themes.

All to say, myths--and characteristics of myths like heroes, quests, explanations of natural phenomena, and monsters--are a large part of the worlds and the stories I create. When you write fantasy, it’s important to remember that your chapter one is not your world’s year one. Your world existed long before the story you are trying to tell! Knowing that backstory, that world’s myths, legends, and history is half the fun for me in writing fantasy.

When writing KISS OF THE ROYAL, I really wanted to make it more like a fairy tale than anything else (for obvious reasons--magical kisses and whatnot), but I couldn’t help but pepper in some mythical references as well. A few of the monsters that Ivy and Zach fight have mythical origins like griffins and basilisks. While the etymology of both words is Greek-derived, and many historical texts include references to griffins and basilisks, these two monsters are most greatly represented throughout Western European cultures. They are often seen in medieval lore and because of that I thought it would be a perfect match to a story about princes, princesses, castles, and dragons. It fit with the world and the theme and incorporated both my loves.

But more than anything, mythology has taught me critical aspects of world building. No matter what you’re writing you need to consider the world’s origins. How does that influence the society, the government, and the societal and cultural beliefs?

The first page of your book is not the first day of your world. Write your own mythology. 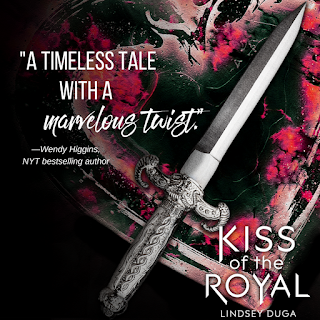 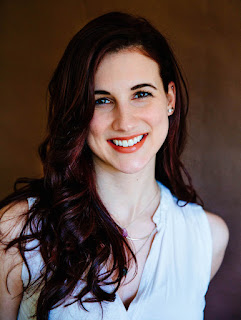 
Lindsey Duga developed a deep love for courageous heroes, dastardly villains, and enchanting worlds from the cartoon shows, books, and graphic novels she read as a kid. Drawing inspiration from these fantastical works of fiction, she wrote her first novel in college while she was getting her bachelor’s in Mass Communication from Louisiana State University. By day, Lindsey is an account manager at a digital marketing agency based in Baton Rouge, Louisiana. By night, and the wee hours of the morning, she writes both middle grade and young adult. She has a weakness for magic, anything classical, all kinds of mythology, and falls in love with tragic heroes. Other than writing and cuddling with her morkie puppy, Delphi, Lindsey loves catching up on the latest superhero TV show, practicing yoga, and listening (and belting) to her favorite music artists and show tunes. KISS OF THE ROYAL is her YA debut novel.