Review! Identity Break by Author Stephen H. Provost. How far would you go to find yourself? **Giveaway** 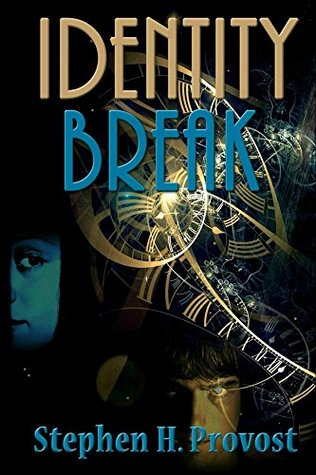 
How far would you go to find yourself?

Imagine everything you thought you knew about yourself turned out to be a lie, and you didn’t know who was telling the truth. Imagine you possessed a secret so dangerous that, if it were exposed, it would reshape the entire world.
What would you do if that secret were your very identity?

In almost every way, Palo Vista seems like a typical California city, with office buildings, schools, and homes sprawled out across suburbia, filled with families making a life for themselves at the dawn of the new millennium.

But two seniors at Mt. MacMurray High are about to find out that nothing is as it seems…

A Review From Brandy's Book Nook
⭐⭐⭐

In a lot of ways this would make a good dystopian movie. There's a secret organization, lies, manipulation,action, and lots of secrets. I struggled with the book though. There are some formatting issues that were distracting. However, for me the beginning of the book was all over the place, and confusing. I had to really concentrate to figure out what I was supposed to be getting from what I was reading. I think more detail would have helped. It wasn't until I was literally half way through the book that things started to get explained.

Elyse and Jason find out that a giant corporation is controlling everything, and the world outside their city is not what they have been told. They have to find out what is real, what's in their head, and if they can trust anyone but themselves. There is a bit of backstory at the end that may be better at the beginning because it would give some insight into what is going on without really giving too much away. After reading it I felt like it was good to know, but didn't really do much for the story by being at the end.

I would suggest older teen and up for this one as some of the things going on are a little complex, and there is a bit of violence.


Stephen H. Provost is a veteran editor, reporter and columnists with more than 30 years of experience at daily newspapers in California. He’s currently the managing editor of The Cambrian on the Central Coast, as well as a columnist and assistant city editor for The Tribune in San Luis Obispo.
As an author, he has written historical nonfiction (“Fresno Growing Up” and “Highway 99: The History of California’s Main Street”), novels (“Memortality” and “Identity Break”), while also exploring the realms of mythology, fable and ancient history.