Aemi lives in a village carved from stones and surrounded by sea. She wins spear-throwing competitions in disguise and earns slaps from her spoiled mistress by talking back. She hates being a slave. She survives by remembering her mother's tales of home, a paradise called Perilous.

Aemi intends to find it.

But then, black ships rise from the sea in the night. Aemi is captured and taken to Itlantis, an underwater world of cities and gardens encased in glass, dazzling technology. and a centuries-long war.

But when Aemi witnesses firsthand an attack by the Dron, she realizes not all is as it seems below the sea. 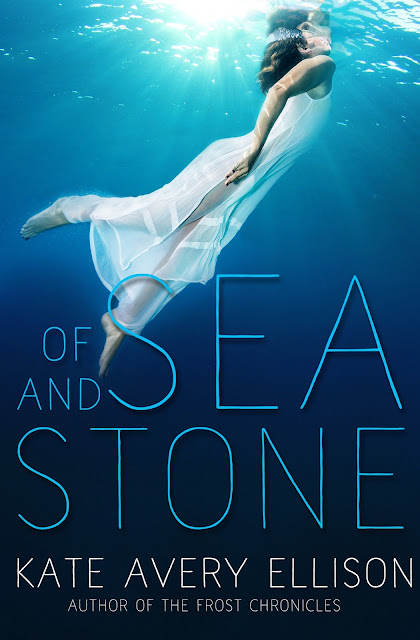 In this excerpt, Aemi and Nol have just been captured from their village and taken beneath the sea.

I opened my eyes and stared at the ceiling that looked like silver. The round, flameless lights embedded in it glowed faintly, like the start of a sunrise. They were sometimes bright and sometimes soft. I had decided that they followed the sun’s path somehow. I did not understand it.

I rolled over and looked at him. His face was pale, and he looked fragile as a shell.

“Do you think they’re all dead?” he whispered. “The others?”

I didn’t answer. I thought of Nealla, her hands red from the heat of the fire as she made cakes. The Old One, muttering as he mended the nets. Kit, smiling at me, laughing as he told a joke.

Tears choked me, but they didn’t fall.

I looked at Nol’s face and something in me tugged. He’d lost everyone too. I moved a little closer, inexplicably drawn to comfort him. I wanted to touch him, comfort him.

“I don’t understand,” Nol continued bitterly, not noticing my movement toward him. “Why did they take you, but leave Tagatha?”

His words struck me like a slap. I froze and inched back so there was space between us again. I turned my face away without responding. I had no desire to hear him speak anymore.

Men came again, bringing us more food and water. These ones looked less cruel than the ones who had come before. When they returned to collect the water bowls, I grabbed the sleeve of one of the men with my fingers as he bent down.

He looked like he was about to shake me off, but something in my face must have made him change his mind, for his mouth softened, and he glanced around before responding. “We’re a mile below the surface and a day’s way from your village,” he said gruffly.

I looked around us at the windowless walls. “Below the surface?” I asked, feeling a sense of panic. I hadn’t felt the familiar rocking that came with traveling on the water. Did we move by magic?

He snorted now as if I was insane. “We’re beneath the sea, girl.”

Panic sunk its cold fingers into me. Beneath the sea? How was such a thing possible?

He pulled away and followed the rest of the men out the door before it slid shut. Nol, who had been listening to the exchange, looked at me out of the corner of his eye.

“Lick their boots. Beg them for answers. Don’t act like a thrall.”

He turned away and curled into a ball.

I shut my eyes and slept. It was the only thing to do anymore. 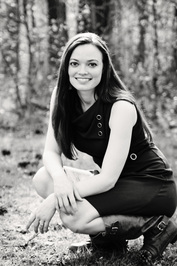 I'm the author of the Frost Chronicles, an Amazon bestselling series and source material for the adventure app game Frost by Delight Games, as well as numerous other fantasy and science fiction novels. I love putting a dash of mystery in everything I write, an ode to a childhood spent reading Nancy Drew, Agatha Christie, and Sherlock Holmes. I can’t resist adding a good twist in the story wherever I can.

I wish I could live in a place where it’s always October, but until that’s possible, I make my home in humid Atlanta with my husband, children, and two spoiled cats.