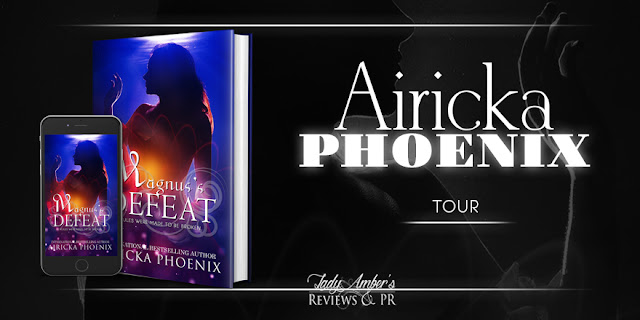 He swore to end her.

All Magnus had to do was pick up a package and get his brother’s child back. A simple task that any Caster worth his salt could have done in his sleep, except nothing had been that simple for him in years.

For centuries, Magnus relished in the slaughter and annihilation of the demon race. Ridding the world — and hell — of every last one was an oath he was determined to keep. But Magnus had his own gnawing beasts devouring his soul with memories of a past he was powerless to change.

Zara was something else. She was beautiful and powerful, and the very definition of evil. Yet everything about her called to him, beckoned him to forget his nightmares and vengeance. She could fix everything if he would just submit, but she was the very thing who had ruined him in the first place and Magnus submitted to no one.

But Zara proves to be much more than just the source of his agony. She’s a key to ending the war, a power that can tilt the scales and save them all, or will she be the reason he loses everything?

She may end him first. 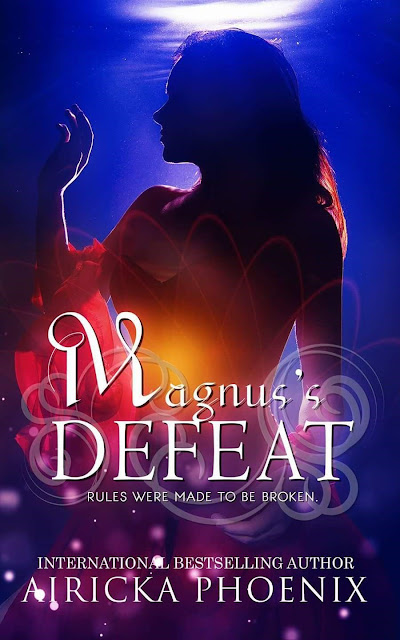 “You’re awake.” He closed the distance to the wagon in ten powerful strides.
In the pale gold of dawn, there was no missing the illumination of all the things he’d missed in the dark, like just how silver her hair really was, how absolutely flawless her skin was, and her face … there were no words to properly describe its utter perfection. Sitting atop a crate, clutching a blanket about her shoulders, she could have been an ivory statue, something sculpted straight from his very fantasies. Even her wide, violet eyes with their thick sweep of lashes were mesmerizing. They glimmered in the rising light, polished gems embedded on a landscape of freshly fallen snow. He had never seen eyes like hers. He couldn’t stop staring.
She never spoke. She didn’t even move. But her gaze was a steady force, dogging his every movement with wary curiosity.
“What’s your name?” He put force behind the question, authority, but there was a catch in his chest that he prayed only he caught.
She said nothing, but there was a defiant quirk of her chin that narrowed her eyes. It was the regal gesture of a queen, of someone who feared nothing.
“She hasn’t spoken since she woke up.” Reggie moved to stand at Magnus’s side. “I’m not sure if it’s because she can’t, or won’t, or maybe she doesn’t understand.”
No. There was intelligence in her eyes. There was arrogance and hatred, and anger. She understood. But she was a prisoner and they were the ones responsible for her current captivity. To her, they were the enemy and she would give them nothing. Something about that entertained him.
“She understands.” Magnus turned away and made his way to the front of the wagon. He paused to peer down at Dante. “Stay with her. She makes one false move, eat her.”
He glanced back just in time to see the spark of rage in those pale lavender eyes, see the flare of her nostrils and the muscles flex against the delicate line of her jaw. Her outrage prickled an amusement in him that he had to turn away to keep her from seeing. 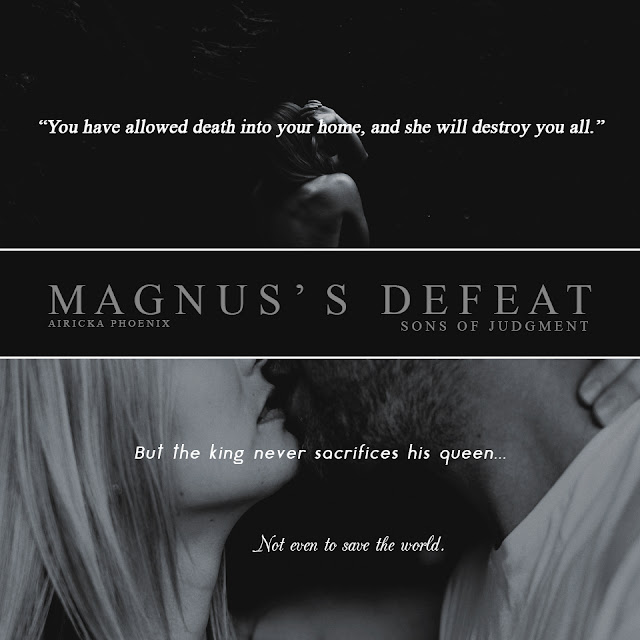 Airicka Phoenix lives in a world where unicorns, fairies and mermaids run amok through her home on a daily basis. When she's not chasing after pixies and rounding up imps, also known as her four children, she can be found conjuring imaginary friends to play with. Airicka is the prolific author of over eighteen novels for those who crave strong, female leads, sexy alpha heroes and out of control desires. She's a multi genre author who writes young adult, new adult and adult contemporary and paranormal romance.