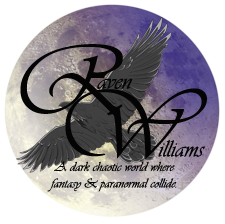 Raven is no stranger to my followers. We market and write together, and in some cases, share the same fans. Today book seven of Realm Jumper Chronicles is finally released. The completion of her first series. So, I decided it was a great time for another interview.

Q – Welcome Raven. Wow, seven books. How long did it take you to go from start to finish in this series?

A – I started writing the first book, Elven-Jumper in March 2014.  That one took the longest to write and released in February of 2015.  After that, the words continually flowed, and now, two years later around Elven-Jumper’s anniversary date, I’m releasing the last novel, Elven Blood Oath. 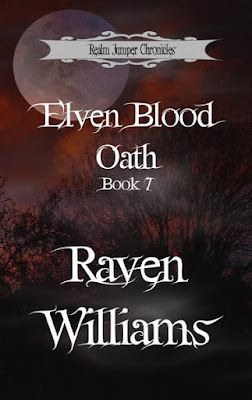 
Q – Can you tell us a little bit about the series?

A –  When I started Elven-Jumper, the premise was what happened to Elven souls when the Elves died on Earth or other realms.  The first book delves into this the most.  I had originally planned for each book to focus on one character having memories of an Elven life, but during the second book, the characters had another story in mind and hijacked the series.  In Elf-Witch (book 2) they revealed a prophecy and the beginning rumors of a possible war.  From then on, each book features a mated pair and further steps closer to war, culminating with the final battle in Elven Blood Oath (book 7.) 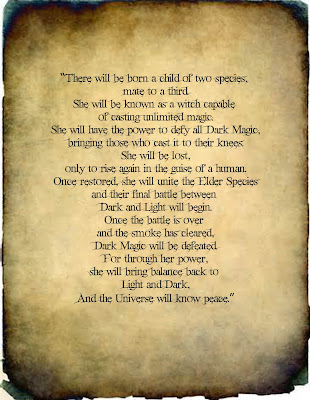 Q – Which book is your favorite?

A -- I love them all, but I think my absolute favorite is Elven Dreams (book 4).  The mated couple in that book just manifested more fully than the others.  One thing about the Elder species, they are a reserved bunch and don’t always show emotions like we humans do, so getting them to express themselves even a little was like pulling eye teeth.  However, in Elven Dreams, they were quite expressive and I love how the story evolved. 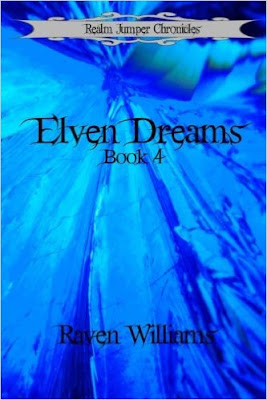 
Q –  I really liked the Archangel Michael, and was it Tabris who was his leader?

A –  Yes, Lady Tabris was originally the leader of the Angels of Light.  Of course, things changed as the stories progressed and she stepped down, naming another to replace her.  In the future, there will either be a novelette or novella expanding on why Tabris stepped down.

Q – Okay, I told you my favorite character. Which is yours?

A – I think Damien (one of the Guardians) is my favorite.  Mainly because he appears to be on the side of Dark, but then we learn more about him and that he’s not as he appears.  His journey is something I can really relate to and I think he’s the one that has come the furthest of all the characters.

Q – What was your biggest challenge when writing The Realm Jumper Chronicles?

A – Reigning in the characters.  I would plot something, and then they’d run roughshod over me and I’d end up having to not only replot the book I was working on, but subsequent books as well.

Q – You have some companion stories for the series. Tell us a little bit about those.

A –  Right now, I have two companion novellas published, Mixed Blood and Dragons of Pandryl.  The latter one is part of a multi-author anthology, A Horde of Dragons.  Mixed Blood delves into the history of two secondary characters, Solana of the Elves and Izlal of the Guardians and takes place in the distant past.  Dragons of Pandryl tells the stories of the Ancient Dragons and their evolution to the Dragon-Shifters they are today.  I also have two short stories that are part of a Dark Fantasy Tale & Legends Collection, Haunted by Darkness.  Those two are Fall into Darkness, which tells the origins of the demon, Vaduxach, and Rise of the Dark Witch, which tells the origins of Cassie, the Dark Witch aligned with the demon.

Q – I’m crazy about worldbuilding and cultures. Do you have a favorite culture or creature?

A –  I really love the Elven culture.  So many things that the Elves revealed to me resonate with me and I can totally relate to.

Q – Now that you’ve finished The Realm Jumper Chronicles, what can we expect to see from you in the months ahead?

A – I’m working on a new dark paranormal series, Witch Hunter’s Society.  I’ve already released two short stories, Witch Hunter’s Rise and Witch Hunter Ordained, which are part of Haunted by Darkness.  I’m currently working on the first novel, Witch Hunter’s Prey and have plotted two more novels in the trilogy.  I’m also working on the second novelette in my Raven’s Twisted Classics series, The Beast & the Sleeping Prince.  It’s a mashup of Beauty and the Beast and Sleeping Beauty, but with a twist.  For those who’ve not heard of this series, the first novelette, Down the Rabbit Hole, released this past October. 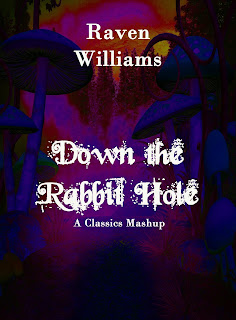 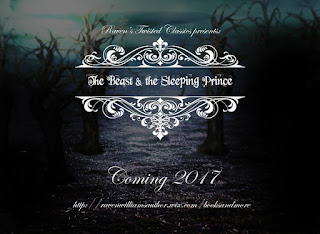 Q – I heard there’s a taste of your next series at the end of book seven; Elven Blood Oath. Is that true?


Q – When can we expect the first book?

Q – Where can readers follow you, or learn more about you?

Q – Do you sell signed books?

A – I do.  There’s an order form on my website:  http://ravenwilliamsauthor.wix.com/booksandmore

A –  All the books are available in paperback and ebook on Amazon and in ebook on most ebook platforms.  For those who love hard covers, I have those available on lulu.com.
Here is the universal link to order Realm Jumper Chronicles; Elven Blood Oath at your favorite book seller. https://www.books2read.com/ElvenBloodOath

Q – Thank you for joining us today. We’ll be looking forward to seeing what you’re up to in the future. Best of luck on your new series.