Author’s note:  Before you start reading Raonal’s interview, please be aware that he is what is called a pukah.  They are a faerie cross between the fae and any other creature.  Unlike most fae, the pukah have one flaw that always shows up after their faerie side awakens – they cannot tell the unvarnished truth.  They make great listeners, but if they tell you anything be advised to take it with a shaker of salt.  There may be truth buried in what they are telling you, but figuring out what it is can be more of a challenge than you expected.  Raonal’s way is about what you can expect – neither worse nor better than average.

My story?  You want to know about my story?  Well, you had better make sure you are comfortable.  It won’t take but a moment to tell, but a life time to listen to.  You see, I was born before anyone walked the face of the world to a farmer’s family that raised rye, wheat, oats, barley, apples, cherries, plums, and pineapples.

We were poor in wealth, but rich in love.  Isn’t that what everyone likes to hear?

(Raonal, he’s asking about your story with Nameless!)

Oh, THAT story.  It’s one of sorrow, pain, joy, and love.  Alpha is a strange creature, though not too far from what I am, but different enough to be the same.  It’s the others around him that really make up the tale, though.  He has no bearing on what happens, which made it really boring.

What?  It’s the truth.  He brought me into his pack as an equal, then left and left me in charge.

(I’d ask Akantheldama about that, before making any grand statements to that point.)

Oh, I’m into everything.  I scout the trail, find the pack shelter, make all the trade agreements, even rescue the alpha on occasion when he gets himself into trouble.

(I’ll let that one slide, but watch it pukah.  You don’t want Akantheldama or Nameless upset with you, now do you?)

Hah!  They can not be upset with the truth, the whole truth, and nothing but the truth, so help me, now can they?

Neither.  It’s a sad story.  Lost without his pack, and having to pick up the misfits from others, the alpha is discovering what he is.

I’d never met an unlucky pukah before.  Have you?

I can't say that I have, Torlor says.

Oh, I have the best!  Did you know that the Brown Man and his lady are only consorts, not even married?  The Courts were all abuzz with that bit last I was there.

Or even better.  Celeca’s been reinstated, but rejected the terms.  So, her story about being an outcast is wrong.  She broke her wings herself.

(Raonal!  You had better redact that!)

You try going through life with everyone double checking your facts, or flat out telling you your lying to your face all the time.  It gets fun after a while, but it sure isn’t fun to start with!

Wherever my feet would take me.

In the Nesei Courts.  It’s like heaven, but without the boring parts.

Well, Beslynx likes to think she’s my girlfriend, but I don’t encourage it.  I have enough trouble with all the other girls throwing themselves at me, I don’t like it when she gets angry.

What would she think about the change?

I think she’d like it.  She’s been rather bored, and I can’t keep scrounging work for her, just to let her feel useful.  Faerie silk practically weaves itself, so her skills aren’t that needed.

How did you know about that?  Only Beslynx and the alpha know about my wolf shift.  Have you made it common knowledge?  Please say you haven’t!

Of course not. (Smirks)

‘Dama.  That vampire makes my skin crawl.  And, she has plans for the alpha, I know she does.  And, I know those plans don’t bode well for him.  The longer he has her in his pack, the more danger he’s in from her.


Who is the happiest?

Alpha.  He loves wandering, and learning.  There are times he gets a little upset, but I swear it’s because of ‘Dama’s influence.

Horrid.  I hate her, and wish she’d just get this story done quickly so I can start telling my side of things.

Yes.  She’s made me out to be the worst of the worst.  That is not me, never has been, and never will be.  I’m the best of the best, unique, special, and just me.  She can’t seem to catch that concept for some reason.

I wish she would.  Then I’d be able to get my side of the story out first.  Make others realize just how wrong she has done me. 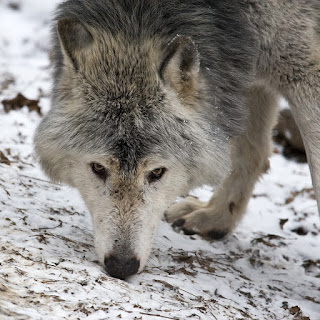 I’ve never let anyone catch me in my biped form.  ::Smirk::