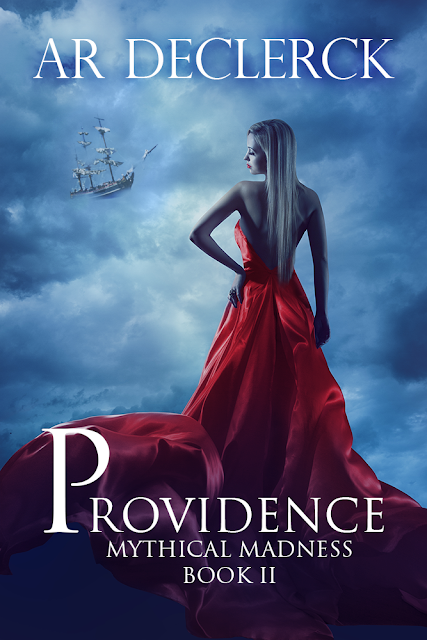 Alexis put a rubberband in her mouth and pulled a brush through her hair. It was her turn to do the character interview and she wanted to look her best.

She tied her hair up high with one hand, copying a style she had seen Catara do when she snuck into the Misty Haven area of Jena’s imagination. Watching the mirror, she tilted her head, twisted to the side and smiled. She was ready.

She entered the living room. Ezra was off somewhere so she waited for the interview alone.

The doorbell rang and she ran to answer it. She opened the door to a young man with dark hair and silvery blue eyes. If she was a single girl, this interview would have been dangerous. 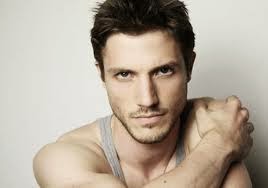 She takes his hand. “It’s good to meet you Kai. I’m sorry, what story were you from again?”

“Story, you say? I’ve been in a few.” He grins roguishly, shaking her hand briefly before taking a seat in a chair and crossing one ankle over his knee.

Sorry, I thought I had misplaced my notes. She picks up a folder from the sofa. “Here they are. I’ll go grab us a cheese tray. Just in case we get hungry.” She smiles wondering if he might be interested in meeting Brooke.

“I’ll eat anything that’s not tied down.” He winks at her, his mouth stretched wide as they laugh together.

Alexis pops a piece of cheese in her mouth and flips through the file.

“So this says the name of your story is Mythical Madness. Would you tell us about it?

“Providence, actually. Book II of the Mythical Madness series. It’s a bit of the adventure I had when I took my ship over to Asgaard for a bit.” He raised a shoulder lazily, “A bit of a romance involved when I happened upon a goddess in need of a ride to her sister in Alfheim.”

And what is your place in the story?

He raises an eyebrow and grins. “Well I’m the hero, of course. You know, dashing pirate captain saves the mythical worlds from certain catastrophe. All that sort of thing.”

Do you have a girlfriend? My sister Brooke loves a man with sinfully sexy lips.” She shakes her head. “I mean with strong hips.” She sighs, face red. She just needs a boyfriend, alright?”

“She sounds lovely, but my heart has one owner and she would rain the wrath of a goddess down on anyone who might hope to take her place. Not that anyone could, mind you.”

Alexis mopes. Okay, but if you ever break up, check out Brooke in Jena’s imagination. She’ll be there. So who are the Fates and Asesino?

The Fates are my adoptive mothers. Nona, Morta and Decima. They are the tribunal responsible for overseeing the orderly disbursement of godly powers. My brothers and I are the Asesino, their sons, who dispense their justice throughout the land.

Alexis reads a little further down the page. “Oh my God! You have a flying ship?” 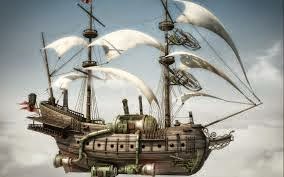 Indeed. I won the Lady’s Revenge in a game of cards and I fly her through the mythical lands with Sheridan and my crew as my mothers have need of me. She is powered by a magical nexus that is older than this reality, having come here from the land of the Old Gods long before our universe even existed.

Can you tell me more about Sheridan?”

No woman exists more beautiful, stubborn or proud. She died for me, once, and hasn’t let me forget it yet. She’s the goddess of Beauty and Song, daughter to Bartholomew God of the Hunt. Master of limericks, if I might say. She has a bit of a fondness for naughty ones. “ Kai’s eyes get a faraway look as if recalling a pleasant memory.

“Hey Alex.” She sees Kai. “Oh, I’m sorry. I forgot you had the interview today.”

Alexis motions, “Um, this is my sister Brooke, Kai.”

Brooke extends her hand with a smile.

“Lovely to meet another beautiful lady” Kai grins at Brooke. “If you have need of a mate I’d suggest you visit Caroline’s on the island of Thule. Caroline is most adept at bringing couples together.”

“The keeper of my heart and the salvation of my soul.” Kai’s grin is devilish. “We’ve had our share of heartache, but the times of peace make it worthwhile.”

“So how do you plan to deal with this ancient evil rising in your land?” Alexis shivers, grateful there is no such thing in her world.

According to Odin I am the savior foretold in an ancient prophecy. Most likely it will require a good bit of luck.

“What is Ragnarok and why does it affect the mythical world?”

“Asgaardians have a prophecy foretelling the end of the worlds as we know them. Long ago the Old Gods came to our dimension and created all that we know of as reality. Some were bent on destruction and chaos, and so they were trapped far beneath the Earth. Now they are rising, and if they tap the ancient magic at the root of the Tree, they can gain enough power to destroy us all. That is Ragnarok.”

“What does you think of your Author? What is her name again? This says Amy DeClerck but I remember Jena writing it differently in the last cover reveal.”

AR, she goes by. A cheeky gal, lover of great adventure and romance. She doesn’t make it easy for a hero to save the day. I found myself working hard to win the heart of my love and save the mythical kingdoms.”

“Do you think she portrayed your character well?”

She called me a layabout a few times. I took a bit of offense to that, but didn’t have the energy to argue too much about it. As for the sinful lips and sense of humor, I think she got those right.” He quirks his lips at the girls as they both blush.

I would never have risked Sheridan’s life… that made me angry, prophesy or no. And setting the Lady afire was a bit overboard as well. As for my… what shall I call him… sidekick, perhaps, Edmond Dantes, I think she could have found a better compatriot for me. But I suppose that’s why she’s the author, as she sees that nothing ventured is nothing gained. Without all my trials I would never have come to the life I so abundantly enjoy today.”

Brooke looks at her clock and sighs. “We have to go, Alex. We have dinner at Mom’s and you know how upset she gets when we’re late.”

“Unfortunate. I would have liked to continue our talk” Kai stands and both women admire his broad shoulders and lean physique.

“Okay,” Alexis looks at Kai apologetically. “Is there anything you’d like to say to our readers?”

“Never underestimate a man in love. We will suffer much, sacrifice anything, to protect those we love. Someday I will look back on this adventure and thank my writer for giving me this gift. Never fear, any story by my author, AR DeClerck,  will keep you on the edge of your seat.”

Alexis stands. “Thank you so much for joining us today, Kai.”

“Aye, and you, dear lady. Do look me up again, won’t you? We’ll be about, Asgaard, Alfheim, Oz, Wonderland… you never know where the Lady’s Revenge will make port next.”  He bows low and lets himself out, both women admiring the cut of trousers as he walks away.