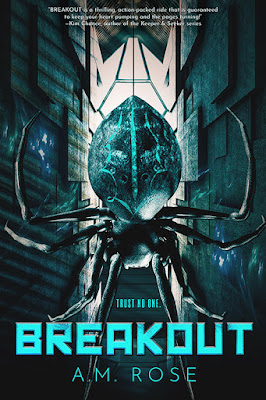 That’s the amount of time until Lezah’s execution.

She’ll die never knowing what got her locked up in that godforsaken prison in the first place. Her only chance of survival is to escape. Except the monitoring bracelet that digs into her wrist, the roaming AI, and the implant in her neck make freedom close to impossible.

Her best chance is to team up with the four other inmates who are determined to break out, even if one of them is beyond gorgeous, annoying—oh, and in for murder. But he has a secret of his own. One that could break Lezah if she finds out, but could also set him free.

Figuring out how to work with him and the rest of this mismatched group of criminals is the only way Lezah will survive to see the outside world again.

But nothing in this prison is as it seems. And no one.

Purchase links can be found HERE!

Seph’s a good foot taller than me, so it’s no surprise his legs are longer, but still I have to walk faster than I’d like to keep up with his pace. His gaze stays focused ahead of us, his lips moving soundlessly as he counts each step he takes.

It’s been a long time since I’ve been this close to any guy, let alone Seph. He smells like wood and citrus. I’d be lying if I said I didn’t take an extra-long whiff. His scent overtakes the stale air around us and makes me lightheaded. I wonder if he can tell that it’s been three days since I’ve taken a shower, and even then, there was barely enough soap to wash all of me and my hair. I lean my head down to sneak a whiff of my pit as I press against a door to see if it’ll give—it doesn’t. It’s not too bad—or I’m so used to my own stench I can’t notice it anymore. Please don’t let that be the case. Not that this is something I should really be worrying about right now. Or that I’m trying to impress him.

It’s just, I’m not good at this. People. Guys. He might as well be an alien for all I know what to say to him. Clara was the one who started our conversation before like it was the easiest thing in the world. I don’t know how to do that, or what to say. Instead I notice how he has a slight limp and how his left arm swings a little more than his right. His shoulders slope forward, like he’s trying to carry the weight of the world on them, and his stunning gray eyes are sad, pained. It’s a look I’ve seen in my own eyes. Right after Dad vanished. And then when I moved. I’m sure they haven’t gotten any better since I’ve been in here.

His head swivels my way. “What?” His voice is rough, deep.

“Nothing,” I say instead of admitting I was staring.

He gazes back to what’s ahead of us, his lips still moving, thirty-something—I think. When he gets to forty, he turns in my direction. “Nice art.” He nods toward my arms, his brows drawn together. Either he’s really checking them out, or he doesn’t think there’s anything nice about them at all.

I don’t know which way to take it, so I just mumble, “Thanks.”

“I think birds are some of the coolest animals.” His finger skims over a huge black raven, sending goosebumps up my arm. My stomach turns over, reminding me it’s empty. I should’ve had a tortilla when I had the chance. “It must feel so free to be able to fly.”

The smallest of smiles plays on his full lips, and his eyes look distant—far away. If he hadn’t said he didn’t have his SOUL, I’d think he used it to put that hint of red creeping into his cheeks. Maybe if he wasn’t Seph and I wasn’t Lezah, I’d say he’s kind of cute. But the rosy color along with the smile fades before my eyes, reminding me exactly who we are. 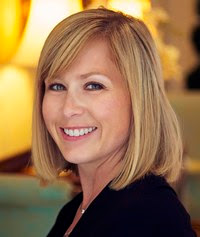 
A.M. Rose is the author of Road to Eugenica, and Breakout (formerly titled Not Innocent) is the writer of young adult novels, drinker of too much coffee (with way too much coconut creamer), and lover of all carbohydrates.

Currently, she lives in Houston, TX with her three boys (yes, her husband is in that count) and three cats. When she isn’t writing, she is an avid reader, critiquer, (is that even a word?) and trampoline enthusiast.

She is a graduate from San Diego State University with a BA in Communication and a minor in underwater basket weaving. (Okay, maybe not the basket weaving part.) 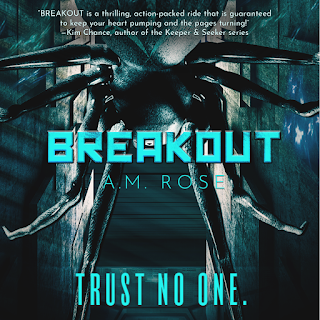