The Followers of Torments 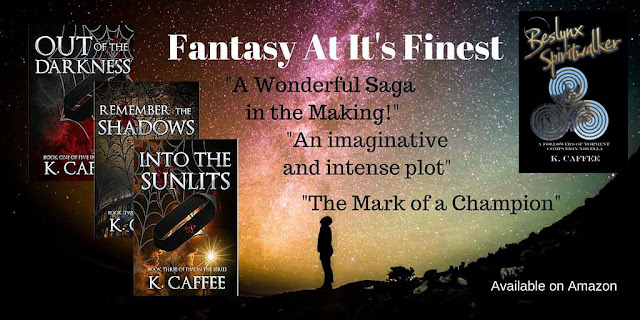 Though I am an “accidental author” the story that makes up The Followers of Torments has made sure to keep me an HONEST author as well.  Not only does it push me to continue writing the story (if I want to sleep, that is), it has also given me reason to stretch out in new ways, dust off old skills, and adapt some of my old hobbies to new mediums.
What started out as a single book grew into two, then three, then exploded to a five book saga.  So far, it’s listened to me when I put my foot down, and not grown beyond that.  Along the way, because I’m one of those people who doesn’t know the meaning of “half-hearted effort” I’ve also learned how to manage my time well enough to support a blog and social presence to help the story that insisted on being written get discovered.  That’s what has led to today’s wonderful news.
Initially, I had no idea about how to market or promote anything.  What experience I have in sales has always allowed me to use a “soft sell” where I help people who know they want something figure out exactly what they want.  If the place I was selling didn’t have that item, I had no issues with telling the customers where I remembered seeing it last.  That hasn’t worked so well in the book world – there are a lot of people who know they want a book, and some of those even know they want a book from a specific genre.  However, there are so many books to choose from that helping them find just the right book has meant I’ve sent them away from my own work.  Especially when I have trouble even admitting I’ve got work out in the marketplace for them to try.
When I first started writing, this wasn’t an issue, because there wasn’t enough of the series written to make it really worth anyone’s while to start.  Even when I published the second book, I couldn’t guarantee that the rest would be coming any time soon.  As such, I began building a blog, and worked on build up a blog following.  I posted samples of short stories, flash fiction, and even some of the lessons I learned along the way to where I am now.
With the publication of the third book, along with the detour into companion novellas, I began to notice that I’d managed to back myself into the obscure corner.  I tried to remedy this by introducing a blog series focused on my books, but in the hustle and bustle of everything else going up on the blog, the posts were getting lost.
Eventually, I realized I did need to break up the blog – not to leave my current fans, but to separate the post types – I decided it was time to dedicate space specifically to my books.  So, when the Alterraden website design came about, I made sure to set up such a section where the book could be featured, and the posts that had been lost in the jumble of all the different types of blog series I’d been running could shine in the spotlight.
I’m re-releasing the posts that were buried, and adding a few new ones along the way.  If you wander over to the Pukah Works HomeOffice, or the Alterraden site, you’ll find a menu link to the Followers of Torments section of the site.  This is where all the wonderful posts about the series can be found.  There are themed posts for a “Behind the Scenes” look at how the books developed, “Meet the Characters” where I provide character sketches for the important characters introduced in each book, and updates about the progress for upcoming projects.


Why not come on over, and learn some more about The Followers of Torments? 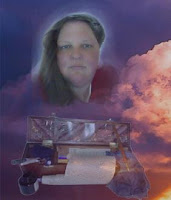 K. Caffee has always been a storyteller. Now, she is sharing her words with the world, rather than a small group clustered around to hear what she has to say.

When she is not taking anyone on a ride through her wild imagination, she is thinking of something new to tell, trying to keep her cats from claiming the keyboard from her, or studying to pass her next class exam.

Out of the Darkness sale links: 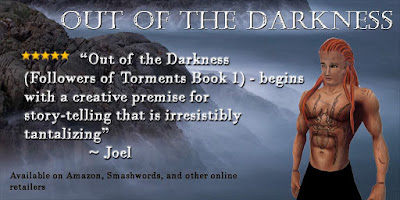 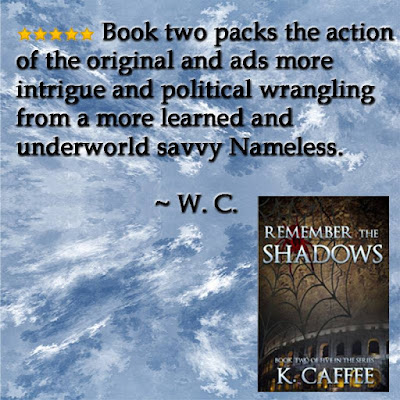 Into the Sunlits sale links: 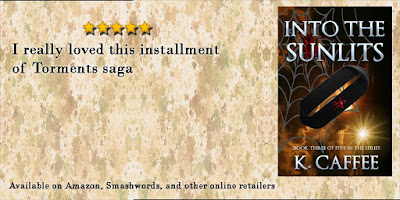